Time to Get Excited

If you’re like me, I’m so sick and tired of seeing mock draft after mock draft and who could fill the bears you know what. The draft is right around the fucking corner and this year- I’m excited as all hell to be a Bears fan. Don’t listen to the media or the  reporters telling us that it’s going to be another year of getting our asses kicked. Hearing that has gotten so old and I know damn well the rest of you are sick of hearing it too. If you don’t know why you should be excited to be a Bears fan, let me just pour a little juice into your cup.

Matt Nagy and the Gang

Matt Nagy.  Those two words alone make the Bears a better team. The Chicago Bears, they could’ve kept the same roster as last year and still won a few games. John Fox-  that old fart couldn’t last three years in Chicago because of the way he ran his offense on top of not knowing WHO belonged on the field. Oh yeah Bears fans, I know you haven’t forgotten that he waited until week 5 to start Trubisky, or that he would consistently would give Daniel Brown reps over Adam Shaheen, and every so often he simply forgot about Tarik the freak. All That said…have no fear Matt Nagy is here.

If you watched Kansas City last year, it was one of the most prolific offenses in pro football. Ryan Pace didn’t stop at Matt Nagy, he went and added Harry Heistand, one of the best if not the best O-Line coach in football. Throw on Mark Helfrich; former Oregon offensive coordinator, Chris Tabor, former Browns special teams coordinator and taught by Dave Toub (you know, the guy that made Devin fucking Hester), and last but SO not least, Brad Childress who has been coaching since 1978 held,  mmmmm…. about every offensive coaching job imaginable including former head coach of the Vikings. This makes the Chicago Bears and their new regime that knows how to currently win football games, better from day 1; a breath of fresh air for Bears fans.

Mitch Trugoatsky breathes life into this Bears team. As a Bears fan we’ve never, ever had a quarterback with as much talent, athleticism, and leadership qualities like Mitch. Sorry Rex Grossman you didn’t take us to that Super Bowl, and Jay Cutler…..Well you know where you can shove it. Analysts everywhere were calling him a bust, a blown pick but as Bears fans, we see hope and the future. As a diehard Bears fan I’ve come to realize that the Bears coaching staff told Mitch to go out there and win games with weapons equivalent too two sticks and a rock. Allen Robinson, Taylor Gabriel, Trey Burton, and a lowkey, well rounded slot receiver Bennie Fowler have come to the rescue.

This is an entirely new offense, a new receiving core and a helpful tight end freeing Mitch up to go out there and completely tear defenses apart. THIS will change Sunday afternoons.  We have receivers who can actually play at an NFL level. Not to mention we still have Tarik and Jordan (I refer to him as thighs) who are considered a top 2 duo in the league. The former face of the franchise and a personal favorite Kyle Long is healthier than ever and is back on his bullshit. Overall, this Bears offense is a completely new beast that no one has ever seen. Hold on to your seats because the Bears with an offense that can function at a prominent level is a scary sight; one worth freezing you ass off to watch at Soldier Field.

This is where fans everywhere should be amped up. The monsters of the motherfucking midway are back! Akiem Hicks, Eddie Goldman, Leonard Floyd, Danny Trevathon, Adrian Amos, Kyle Fuller, Eddie Jackson, Prince Amukamara, the gang’s all back. We were a top 10 defense last year and Vic Fangio isn’t done yet. This defense plays football the way it should be played, smash mouth, in your face, Bears’ defense. I understand the worry at the position of outside linebacker, obviously something needs to be done about it, but here’s something no one is really mentioning.

The Bears cut ways with Willie Young and Pernell McPhee, and everyone went straight for Ryan Pace’s head calling him crazy. Looking back at the 2017 season Willie got put on IR week 4 and Pernell started a total of 5 games. The Chicago Bears did just fine without either one of them last year and you better be damn sure Ryan Pace is going to address this position in the draft. I repeat, the monsters of the midway are back and only getting better. Top 10 should be the standard and top 5 should be the goal. Period.

You heard it here first Bears fans, you’ve got good reasons to be excited. We have a team in the NFL currently in the upward direction. Orange Jerseys are back and so are the Monsters. Get your Trubisky jersey, Italian sausages, and Ice cold bruski’s ready. Let’s pack Soldier Field, get obnoxious, get loud and start kissin titties while we show everyone that this is a football town, it’s a great day to be a Bears fan. 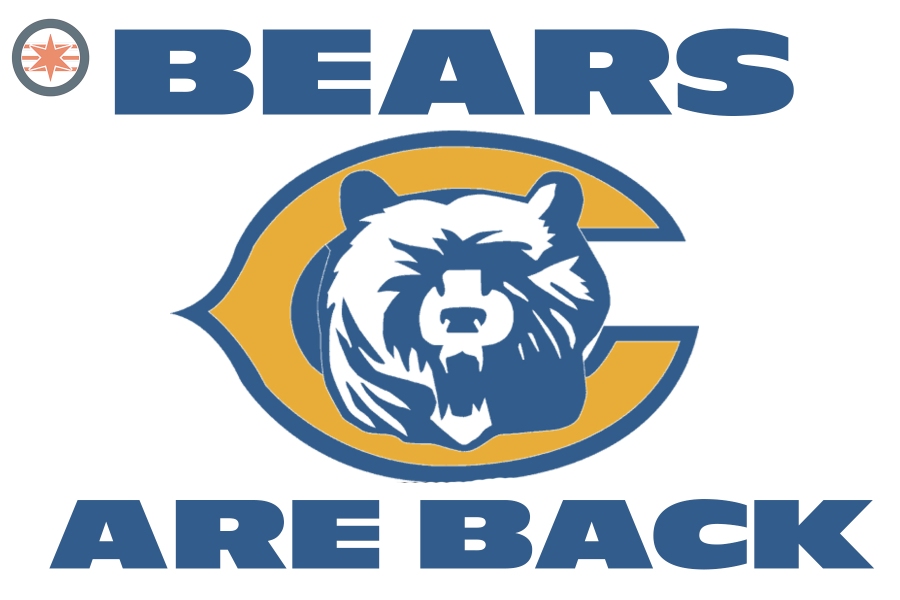 View all posts by JohnnySixPoint